Make a simple one bowl cake this fall, apple cider bundt cake. Destined to be your favorite fall recipe, this cake starts with a box cake.  Apple cider added to vegetable oil, eggs, applesauce, and cinnamon help round out the recipe. 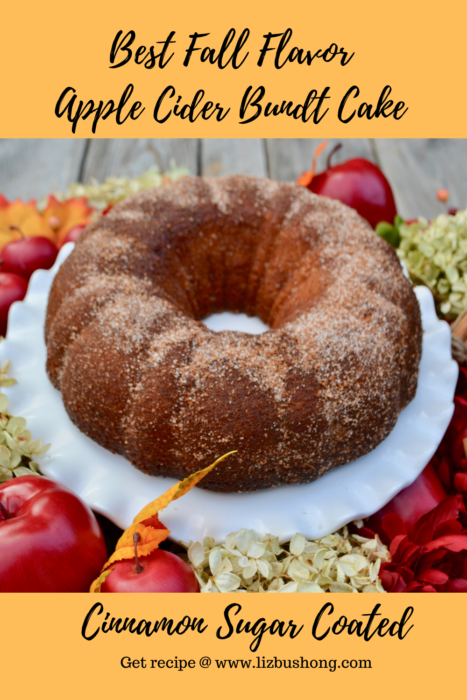 However, a package of vanilla instant pudding mix along with nutmeg and cardamon adds to the richness of the cake.  If you like moist cakes with the flavor of fall this is the cake for you. 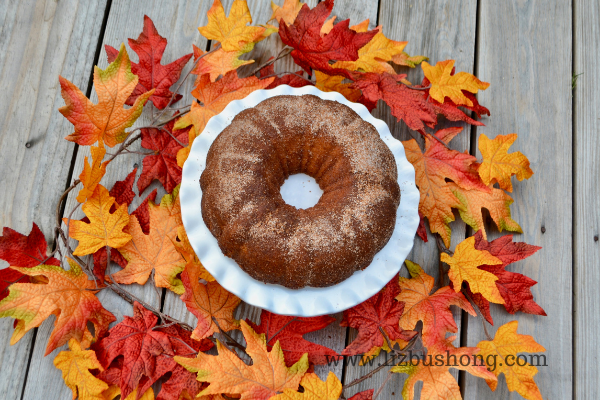 After the cake has cooled, brush melted butter and apple cider over the entire cake. A mixture of cinnamon and sugar coats the cake giving the final garnish. 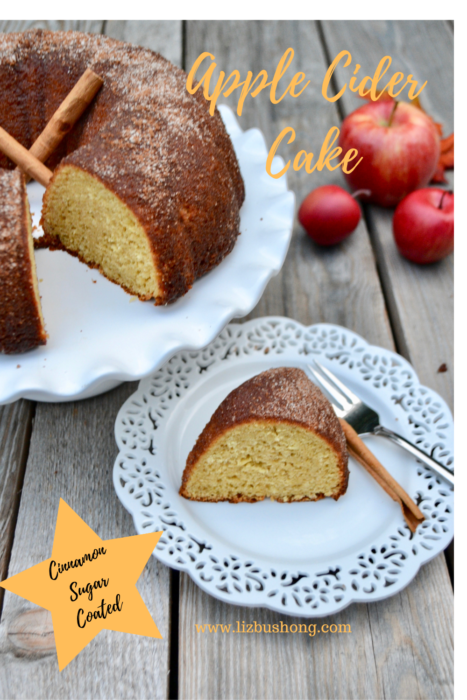 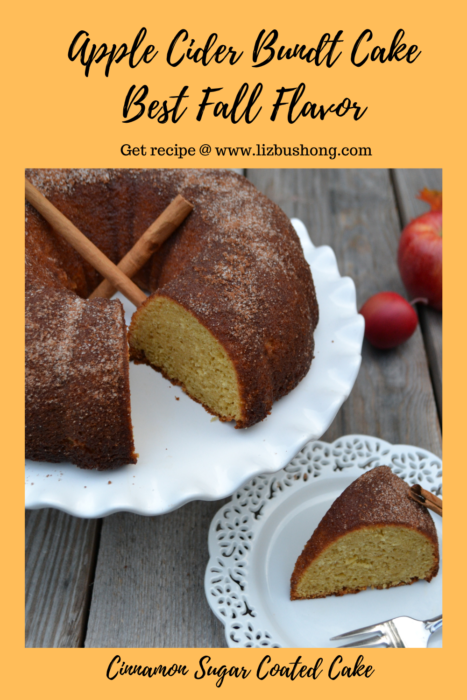 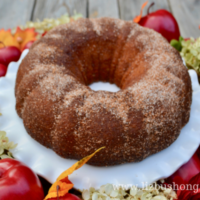 Apple Cider and applesauce makes a moist cake. Melted butter, sugar and cinnamon coats the cake as a garnish.

2 teaspoons ground cinnamon* depending on how much cinnamon you prefer

Just make sure your cake is cooled after baking before adding the melted butter.  The butter will help the sugar cinnamon stick to the cake.  If butter is hot, it will melt the sugar in the cinnamon sugar mix.

Enjoy this great cake for fall!  If you really want a great treat with this cake, make a pot of coffee and add Chobani Coffee Creamer- Pumpkin Spice Flavor. It is a limited flavor but it is delicious together.

Let me know if you make this cake. You might want to bake 2 cakes..it will go fast. xo Liz 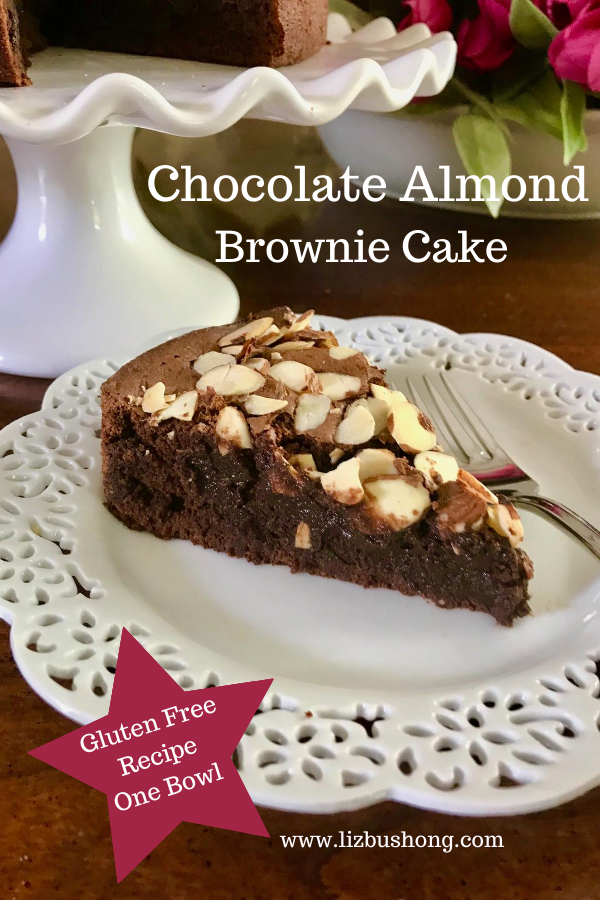 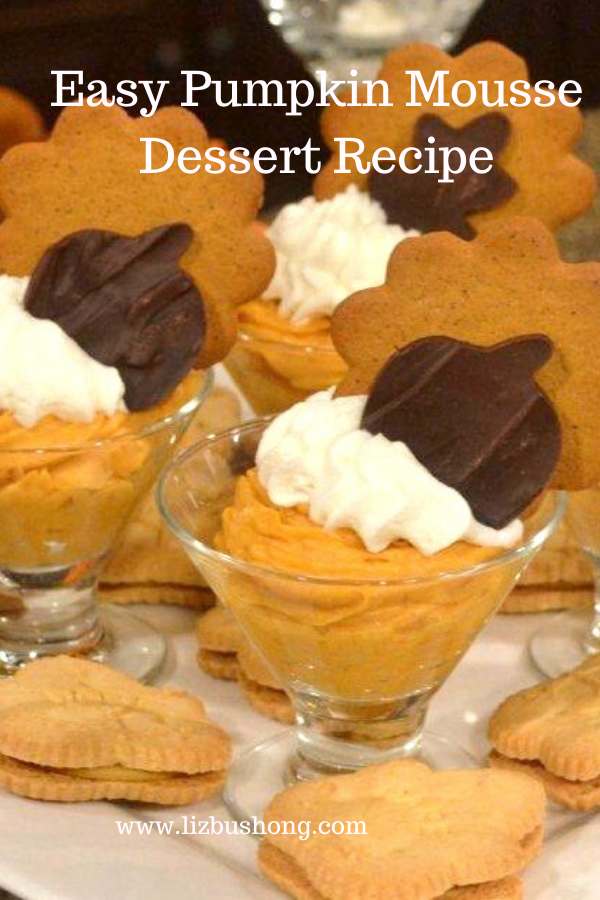 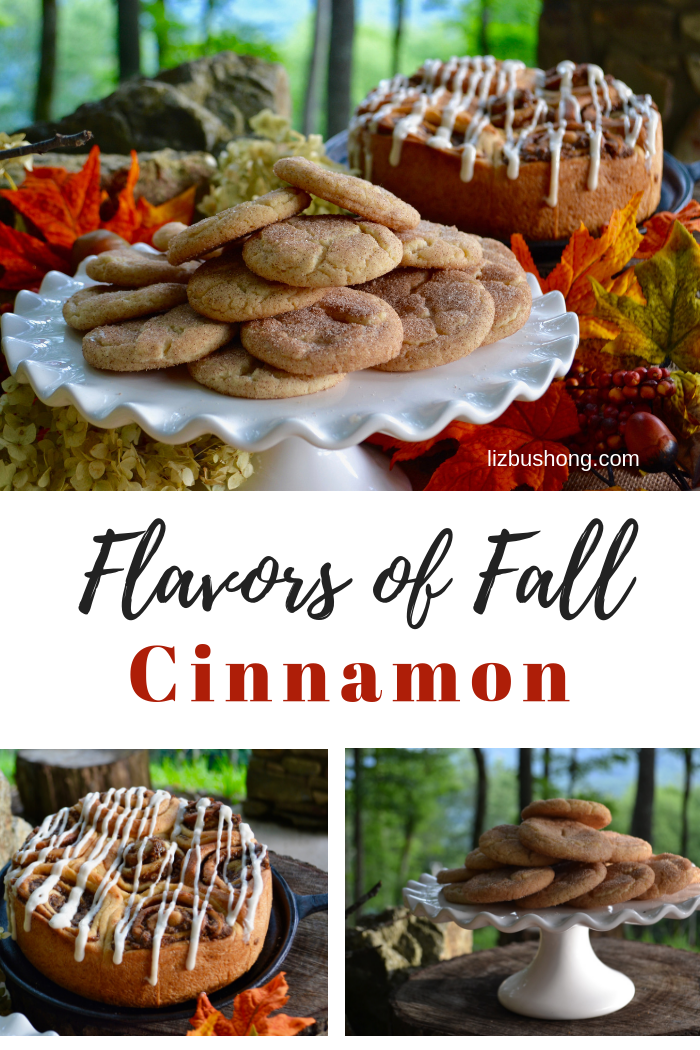