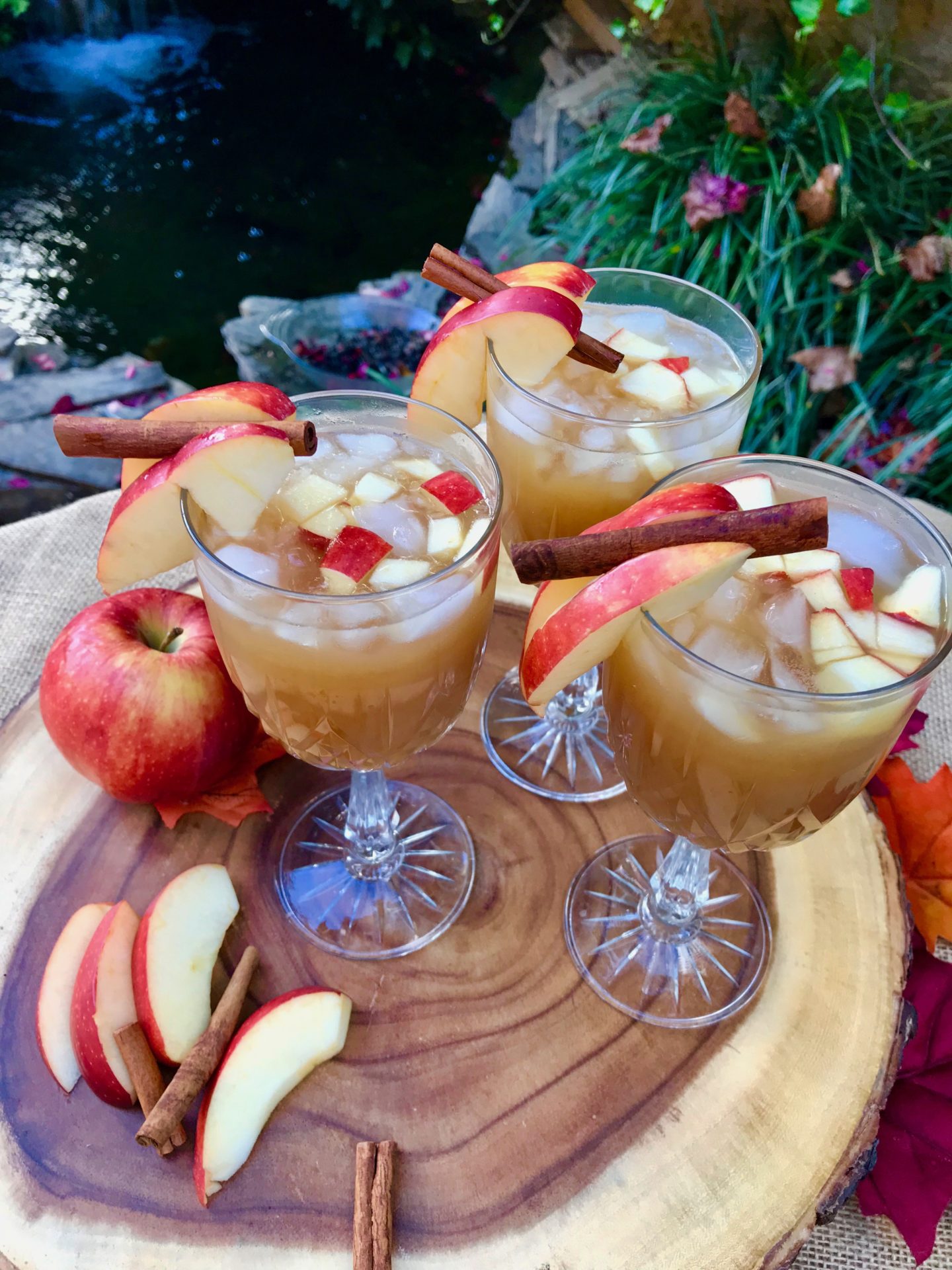 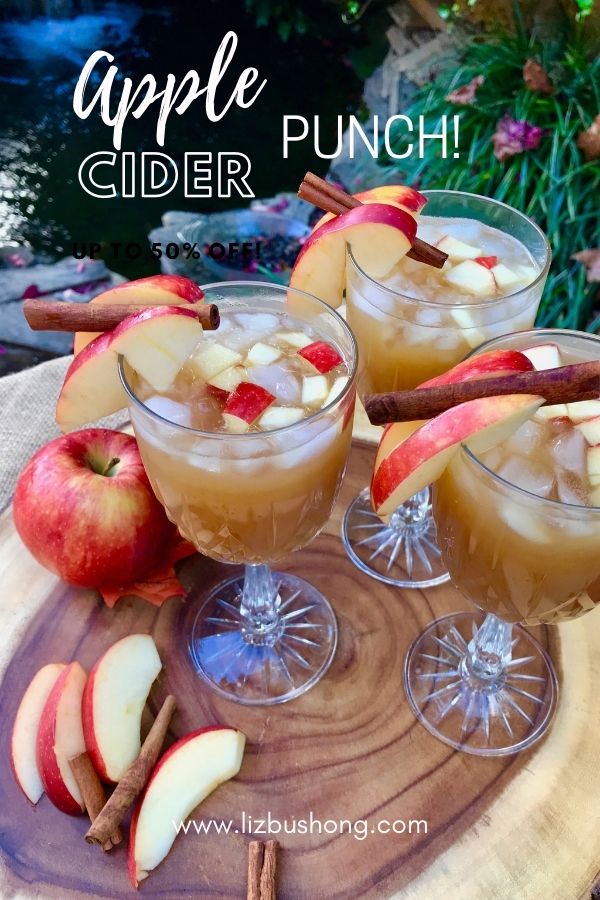 Apple Spice Mix you have seen in past post, is made with brown sugar, cinnamon, cloves, all spice, ginger and more.  Check out recipe here.   This is similar to the mulling spice packets that you see this time of year.  I used this home made mix in the apple cider bombs. 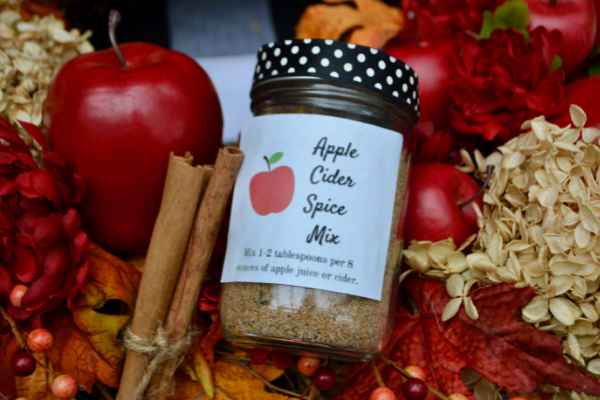 Because this recipe is super quick, all you need are these 5 ingredients. Super Easy and SOOOOO GOOD. 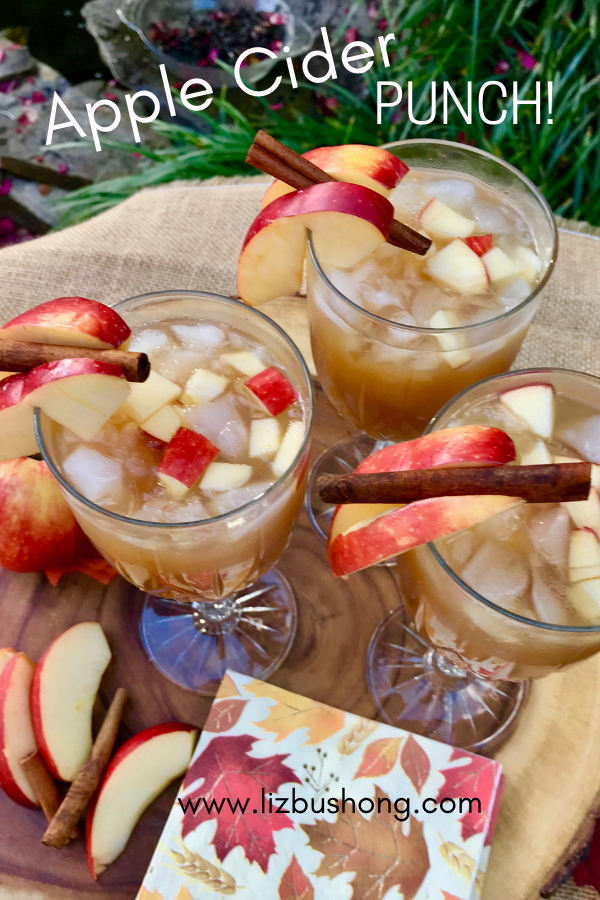 Can you make this in advance?

Yes, you can!  Just don’t add the ginger ale or sprite until right before serving.  Making the punch ahead will help with flavors but you will have to stir well before serving.  To serve it chilled, fill your pitcher half full of ice, crushed or cube, pour over the ice, cider or juice, orange juice, lemon juice, stir to blend.  In a 1/4 cup of heated apple cider or juice, add spice mix, stir to dissolve then add to the icy punch.  Stir to blend, store this punch in refrigerator until ready to serve at your party.  Right before serving add the ginger ale or sprite.

Can I serve this heated?

Yes, you can!  Add all ingredients except ginger ale or sprite,  to a large dutch oven,  Heat over medium heat, stirring to dissolve spice mix and blend.  Do not allow it to boil, let it simmer.  If you would like, you could simmer orange slices and cinnamon sticks while warming.  After heated, serve in large beverage container, crock pot or leave in dutch oven for causal serving. Serving in a crock pot on low will keep guests happy and you as host. Stir on occasion.  Set out cinnamon sticks, and whipped cream as garnishes with small spoons. 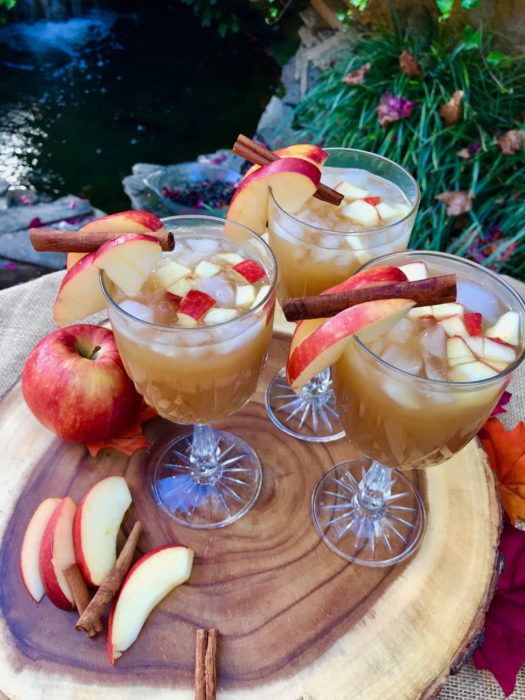 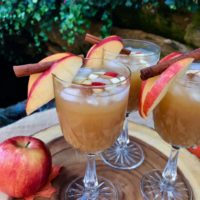 Super simple 5 ingredient apple cider punch, served with cinnamon ginger whipped cream and cinnamon sticks for fall entertaining.  Can be made ahead, served warm or cold.

8 cups or half gallon apple cider or apple juice

4 cups ginger ale or sprite- served with cold punch only

Recipe can be doubled and made ahead.

Can be served warm or cold.

Hope you will try this recipe.  Your family and friends will love it.  Share warmth and cozy apple cider punch together before a crackling fire or take in a thermos for upcoming Christmas tree cutting tailgate. 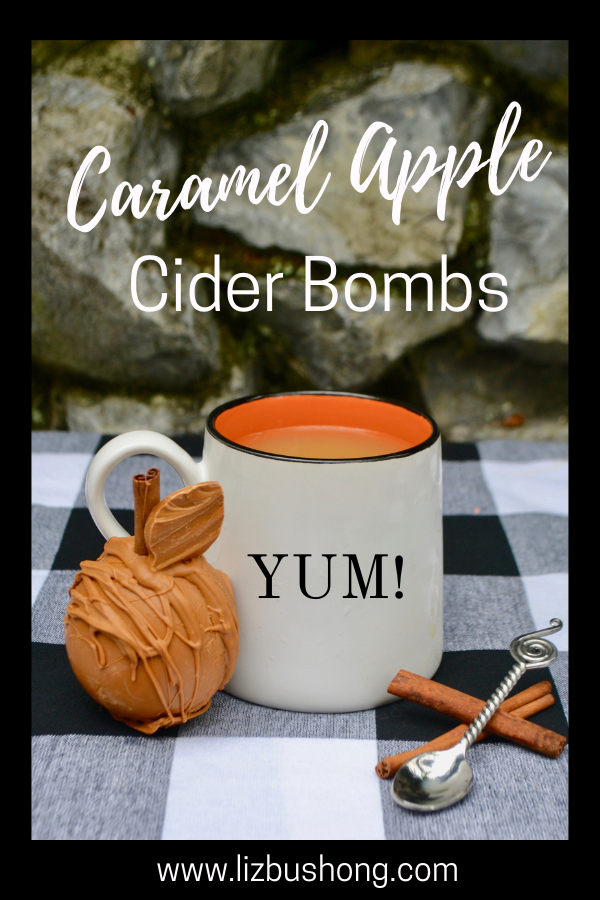 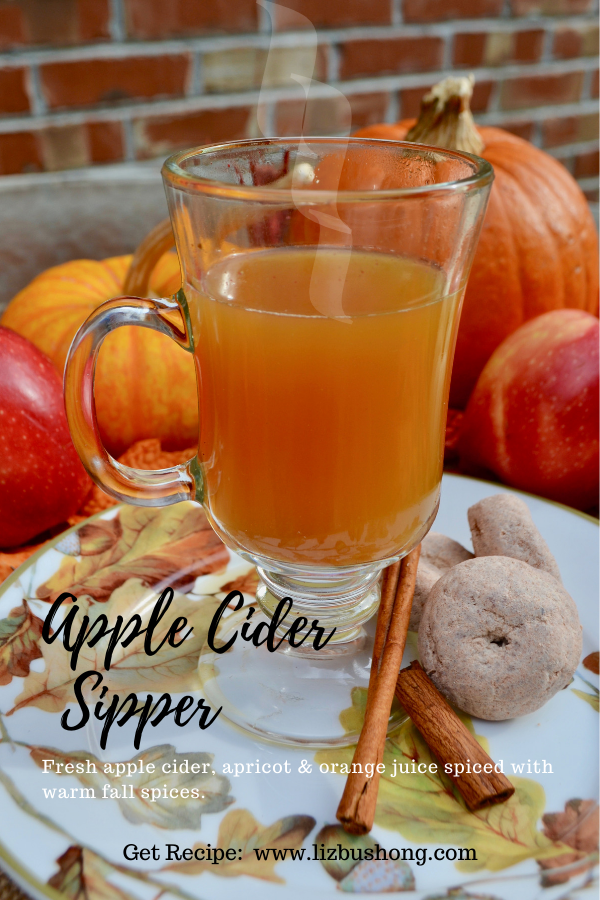